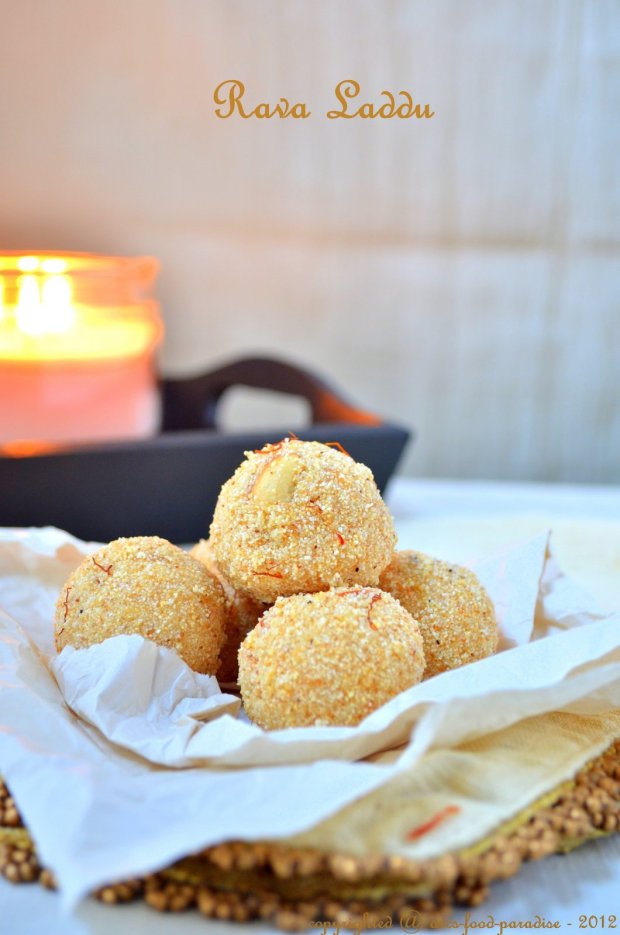 The last few days have been pretty dramatic here with ‘Mother Nature’ battering the North-East with one very powerful storm ‘Sandy’. Luckily our neighborhood has been spared of any flooding or wind damage. There were a few minor incidents due to wind and we had a power outage for 2 days. But, a huge number of people in parts of NY and NJ have been really devastated and I deeply hope and pray that their lives return to normalcy pretty soon.

On a completely different note, I thought I’d share a very simple delicacy that is easy to make and would be a nice ‘Diwali’ sweet! 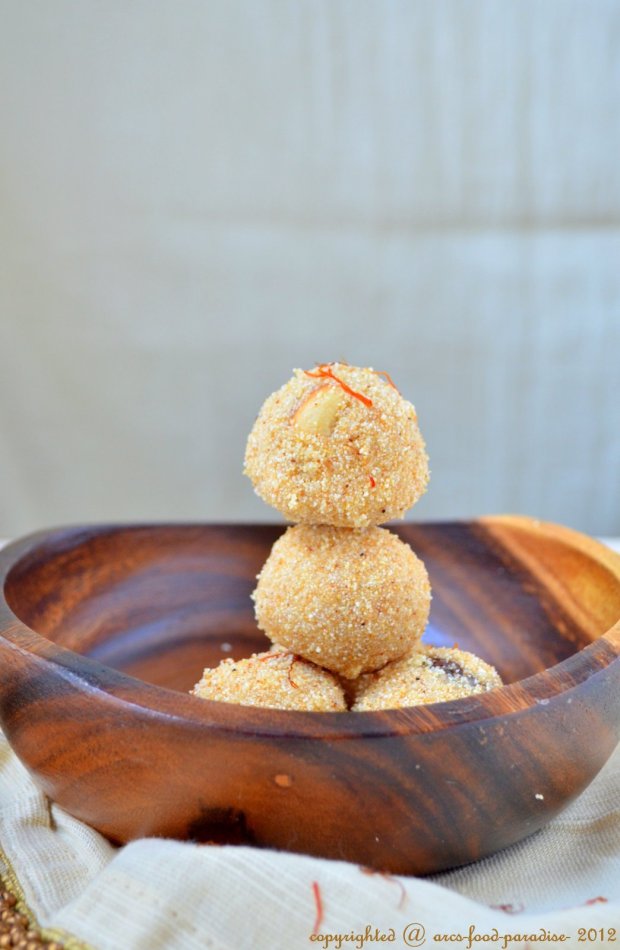 ‘Rava‘ is basically a coarse by-product of wheat (most of the times), rice or corn. In India, ‘Rava’ is loosely referred to ‘Semolina’, ‘Bombay Rava’ and/or ‘Sooji’. It is used to make a number of variety dishes such as ‘Upma’-a savory breakfast porridge, ‘Rava Kesri’ or ‘Sheera’ or ‘Sooji Halwa’-a sweet pudding and is also added to dosa batter to make dosas/crepes crispy. It also closely resembles ‘Grits’ and when ground finely it resembles ‘Cream of Wheat’ here in the U.S. It is really simple and easy to cook with which makes it a staple in Indian kitchens. 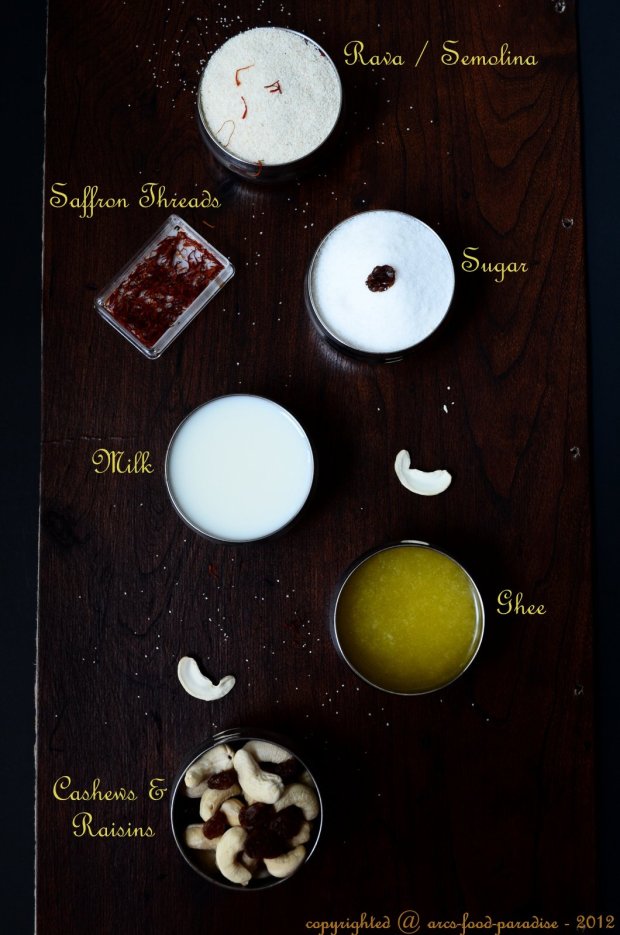 ‘Laddu‘ is a round shaped sweet which is extremely popular across India and other South-Asian countries. It could be made from a wide range of ingredients and flavor combinations such as ‘Motichoor/Boondi Laddu’ – made from tiny fried gram flour rounds which resemble ‘Moti’ (Pearls), ‘Sunnundalu/Urad Dal Laddu’ – my favorite one which is made with urad dal, ‘Besan Laddu’ – which is again made from gram flour but without the frying part. These are just a few of the wide-spread variations. 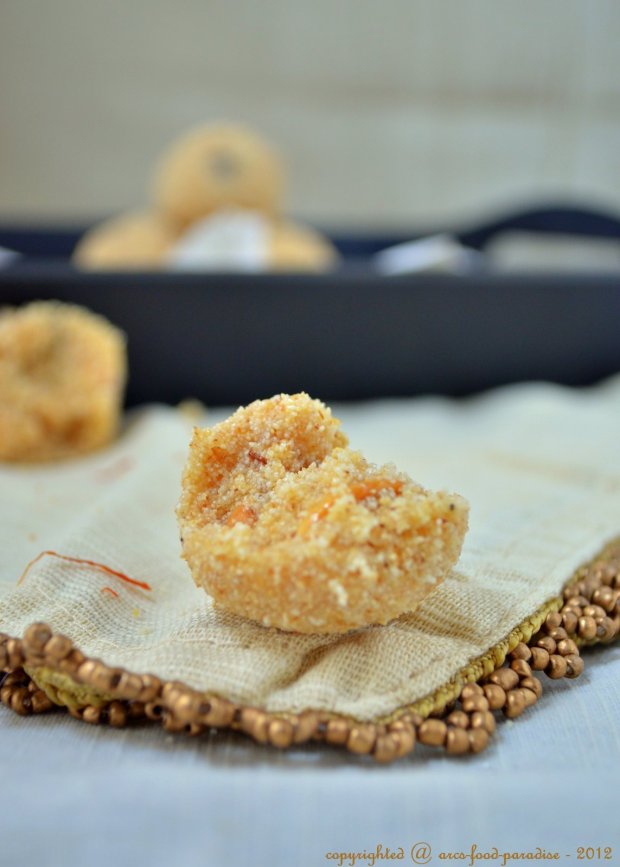 ‘Rava Laddu‘ is one of the most common laddus made in South India apart from ‘Sunnundalu’. It is really simple and quick to make and you just cannot go wrong with it. You can put it together in less than half-hour and with very few basic ingredients that include semolina, sugar, milk, ghee and cashews/raisins for garnish. It is a must try for everyone out there and will make a nice and simple ‘Diwali’ treat! 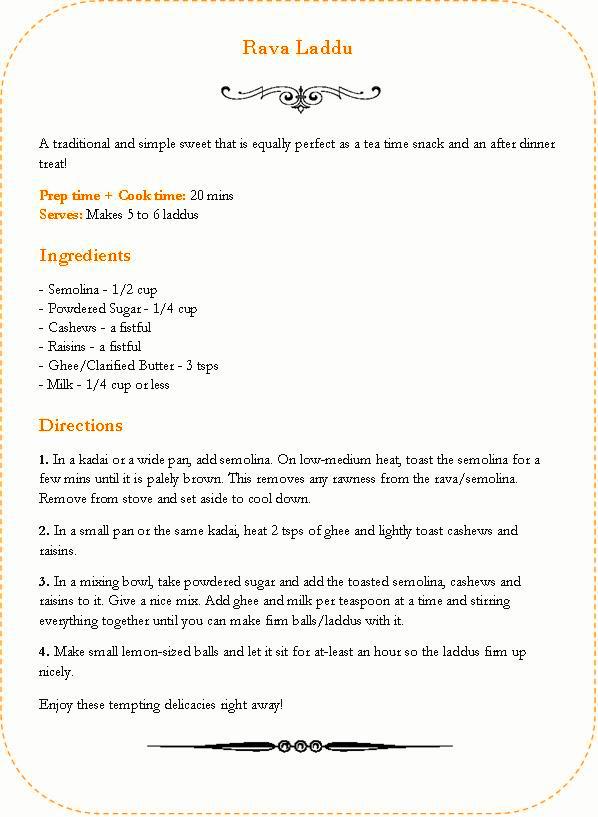