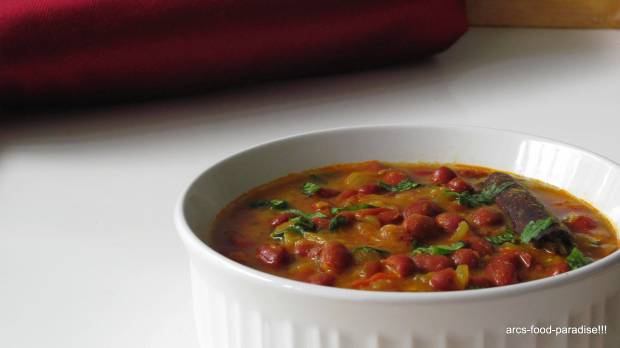 So, I went to the grocery store and bought 2 cans of Red Kidney Beans (or so I thought!) but when I took those out of my kitchen cabinet when it was time to cook I saw that these were called ‘Red Beans’ and not ‘Red Kidney Beans’. Wondered if they were the same. So, did some research and after going through a number of conflicting discussions came to know that Red Beans and Red Kidney Beans are similar but not exactly the same. Red Beans are smaller in size and softer while Red Kidney beans come in small and large sizes but kidney-shaped. Though, when cooked I found both have a similar taste.

So, it was a dilemma to name this recipe ‘Red Beans curry’ or ‘Rajma Masala’. Finally decided on Rajma Masala, as that was what I actually intended to make and I would follow the same procedure with same ingredients had I used the kidney beans. Let’s head-on to the recipe!

1. Empty the beans from the cans into a bowl. Rinse well under running water and get rid of any stickiness. Keep it aside. 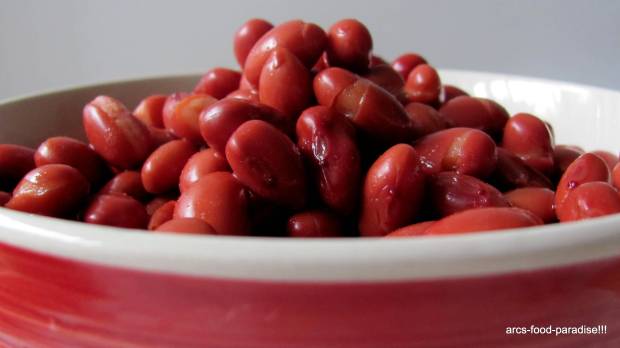 2. In a cooking pot, heat about 3 tsps of oil. Add cumin seeds, cloves and cinnamon stick to the oil. Once the cumin seeds splutter, add chopped onions and green chillies.

3. When the onions are translucent, add ginger garlic paste and saute for a couple of minutes.

5. Add finely diced tomatoes and saute further for a couple of minutes. When the tomatoes are tender enough add the red beans/kidney beans.

6. Add a cup of water to the pot. Cover and let it cook for at-least 10 to 12 mins. Add chopped coriander leaves, give a taste test and simmer for a couple more mins. Remove from stove, transfer to a serving dish and garnish with few more coriander leaves. 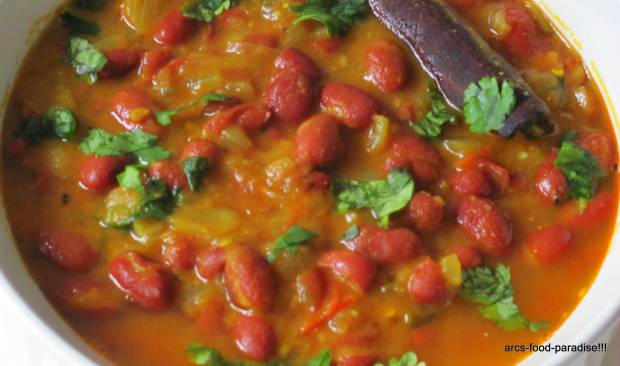